Understanding its history and meaning will allow you to bring the healing energy of the sun and a connection to the Divine into your own practice. Namaskar means 'to bow,' to recognize with your whole being. The original Surya Namaskar wasn't a sequence of postures, but rather a sequence of sacred words - mantras to honour the sun. The Vedic tradition, which predates classical yoga by several thousands of years, honoured the sun as a symbol of the Divine. The full practice includes 132 passages and takes more than an hour to recite. The sun salutations were traditionally chanted at sunrise, repeating the sequence in each of the four cardinal directions,

The origins of Surya Namaskar in modern hatha yoga are more mysterious. There is no reference to asanas as Sun Salutation in traditional yoga texts. The oldest-known yoga text to describe the Sun Salutation sequence, the Yoga Makaranda, was written in 1934 by T. Krishnamacharya. It is unclear whether Krishnamacharya learned the sequence from his teacher or from other sources, or whether he invented it himself. It appears that Krishnamacharya was influenced by both athletics and spiritual practice and it was the emphasis he placed on the breath and on devotion that set his teaching of yoga asana - offering salutation to the Divine, represented by the sun, as a source of light removing the darkness of a clouded mind and as a source of vitality removing the diseases of the body. 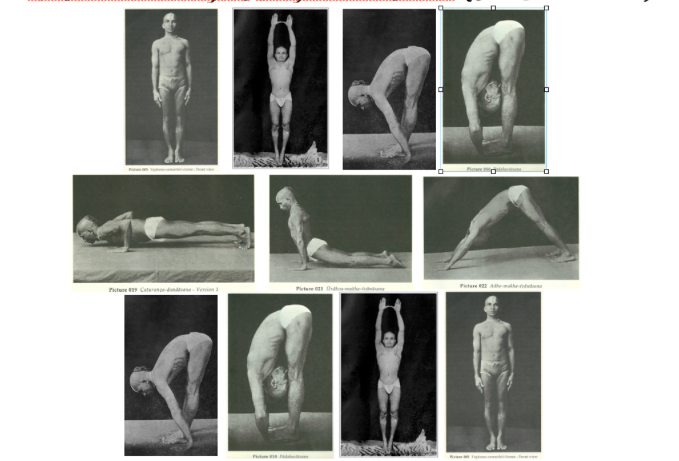 Tirumalai Krishnamacharya was 50 when this film was made and is arguably the most influential yogi in establishing what yoga has become today. His students include Pattabhi Jois the founder of Asthanga yoga, BKS Iyengar, Indra Devi, and his son Desikachar. Most of todays leading yogis have studied under one or more of Krishnamacharya students. 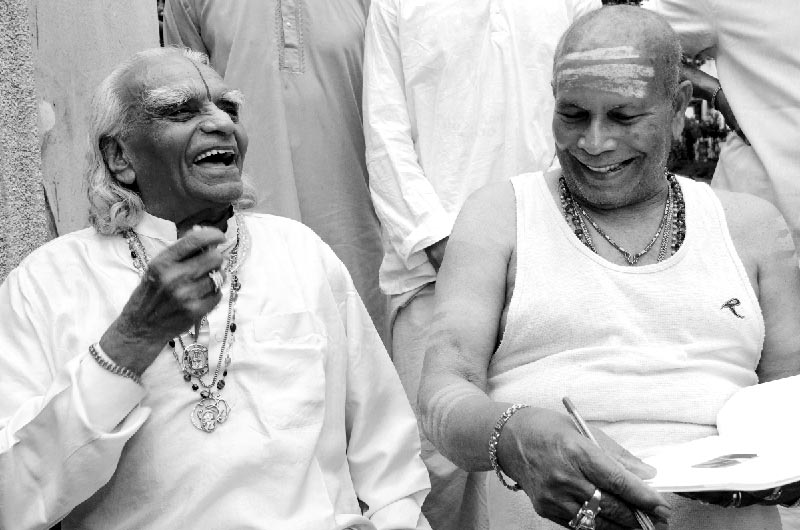 Both Iyengar and Pattabhi Jois studied under Yoga Master Krischnamaycharya. Afterwards, they went their separate ways and developed their own methods which they taught and practised throughout their lives.

Ashtanga: Although it was originally created by Krischnamaycharya it is more well known due to Pattabhi Jois who studied under him for over 25 years. It was originally designed for young boys as a way for them to exert energy. Pattabhi Jois was a highly devoted student and took the ancient texts further and created the vigorous Ashtanga yoga that is practiced today, creating a vigorous flow.  Categorised as a vinyāsa flow, it connects movement with ujjayī breath. It is designed to calm the mind while cleansing the internal body by increasing your heart rate and making you sweat (which is believed to purify the body). Ashtanga Yoga also uses three energy locks (or bandhas) that are also meant to help cleanse the internal organs. The practice itself consists of warming up with a few Sun Salutations and then moving into the Primary Series. 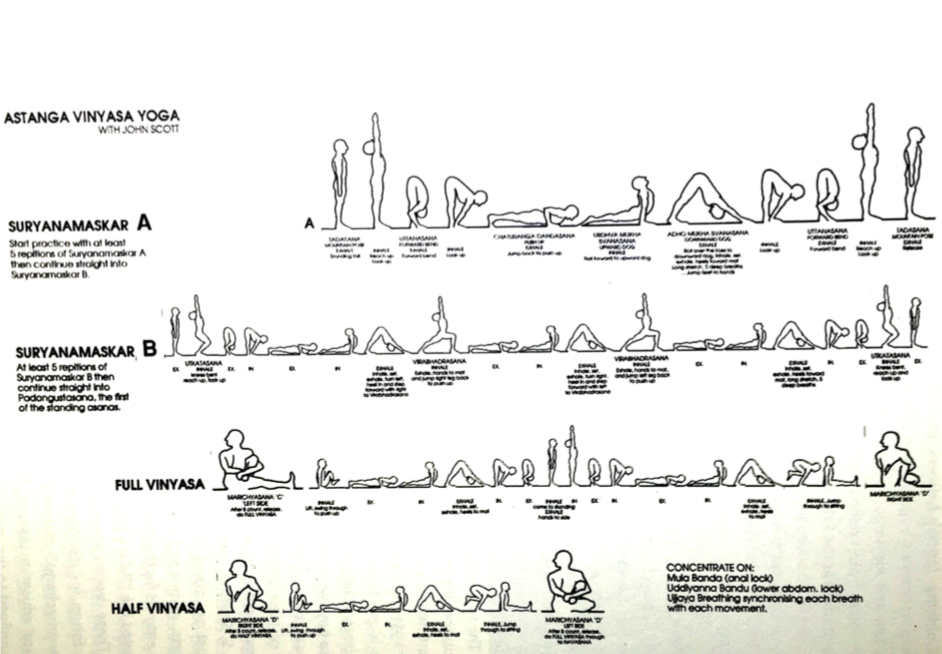 Although Sun Salutations can be practiced at any time of the day, the early-morning hours are considered especially auspicious for yoga and meditation practice. For most of us, early morning is one time of the day we can be alone, without demands and distractions. Rising a bit early can allow you to experience inner stillness and offer your energy to a greater intention for your day.  Surya Namaskar is the perfect morning practice to awaken the body, focus the mind, and connect to a sense of gratitude for the new day. Remember that you have the sun inside your heart. You are the one you have been waiting for.

This site uses Akismet to reduce spam. Learn how your comment data is processed.